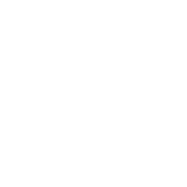 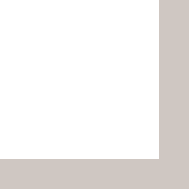 We partner with businesses that consistently invest in their products and people, have built their reputations based on the quality of the goods they produce or services they provide, who have demonstrated the capacity for innovation and constant improvement, and who prioritize the interests of all stakeholders, including employees, customers, owners, and the communities in which the businesses operate. We offer flexibility in structure and have experience investing across industries and geographies.

Mr. Schwartz is a Partner in SSW. He also leads 76 West Holdings, a private family investment firm, for which he serves as Chairman of four private companies in the financial services industry: Demica, Applied Data Finance, Gold Bullion International, and Wealth Partners Capital Group. He has also been a director or Chairman of several other public and private companies in the US, Europe, and Asia. Earlier in his career, Mr. Schwartz served on the Management Committee and as co-head of the Partnership Committee at Goldman Sachs, from which he retired in 2007.

Mr. Schwartz currently serves on the boards of City Harvest, the Guggenheim Foundation, and Columbia Global Reports. He is also the principal owner of the professional basketball team in Paris, France.

Mr. Steiner is a Partner in SSW. He also serves as a senior advisor at Bloomberg L.P., where he was previously Head of Industry Verticals. Prior to joining Bloomberg, Mr. Steiner was co-founder and co-president of Quadrangle Group LLC, a private equity and asset management firm. Before co-founding Quadrangle in March 2000, Mr. Steiner was a managing director at Lazard.

Mr. Steiner is a Trustee of Yale University, and is on the Board of Directors of the International Rescue Committee, and the Board of Overseers of the Agora Institute at Johns Hopkins University

Mr. Weiss is a Partner in SSW. He is also a Senior Advisor to JAB, a member of the Eurazeo Advisory Council and counsels a limited number of global clients on strategic and financial matters.

Mr Weiss served as Counselor to the Secretary of the United States Treasury, where he oversaw the domestic finance department, during the Obama administration. Previously, Mr Weiss spent more than 20 years in various leadership roles at Lazard in the United States and Europe, including as Global Head of Investment Banking.

Mr. Weiss is a Research Fellow at the Harvard Kennedy School. He serves on the Board of Directors of the Volcker Alliance and is a Trustee of the Citizens Budget Committee. He is a past Publisher of the leading literary quarterly, The Paris Review.